Israeli cuisine is much more than just traditional Jewish foods

Israeli food is fusion cuisine at its finest. If you’re expecting traditional Jewish foods when you come to Israel, you're in for a surprise.


We're going to discuss what makes Israeli cuisine so different, but if you want to jump ahead, at the end of this page, you'll find suggestions and recipes for traditional Israeli foods for the holidays and some of our favorite cookbooks. (And click here to find more about what is kosher food.)

So you don't miss any recipes as we post them - stay up-to-date with all that's new in on this site. Subscribe to the RSS feed at the top of the navigation bar over on the left.

Why Is Israeli Food Different?

What we've come to know as Jewish cuisine is really Ashkenazi Jewish cooking: Traditional Jewish foods like gefilte fish, cholent, chicken soup and bagels - heavy on fats and starches, as was necessary in the cold climates of Eastern Europe.

If you look hard enough, you can find those in Jerusalem too, but Israeli cuisine and real Jewish foods are far more than that. In fact, Jerusalem and Israel are gaining a reputation as a foodie's destination. 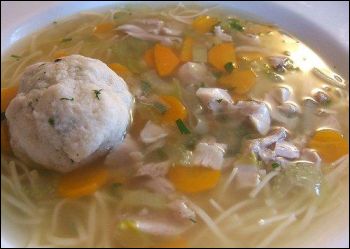 Israel has the luxury of fresh, seasonal produce and this is reflected in its cuisine, which makes full use of it. It also benefits from influences from around the globe, which make Israeli food some of the most culturally rich and interesting around, with dazzling combinations of ingredients and spices.

To give your trip an authentic flavor while you're here, make sure to try some of these typically Israeli foods.

Follow the links below to find out more and try our recipes - you can have an Israeli culinary feast right in your own home! 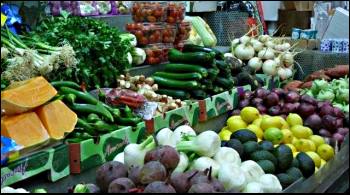 Israel is blessed with outstanding produce and this is evident in Israeli cuisine. Although this is a tiny country, almost anything will grow here.

A big advantage to the country’s small size is that produce isn’t shipped long distances and refrigerated for months – fruits and vegetables are fresh and in season. Yes, this means there isn’t an orange to be found in August, but when citrus fruits come to market after the first winter rains, they are that much more exciting – and unbelievably flavorful.

Try a tomato or a carrot and you’ll be amazed at the intense color and taste. (In fact, Israeli produce is a major export and finds its way into Europe’s high-end food stores.) 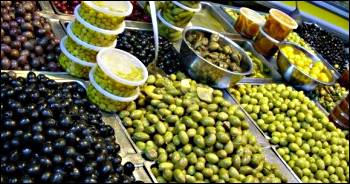 In September, pomegranates ripen and grow bigger than grapefruit. Strawberries glow deeply red February and grapes and watermelon come with the summer months.

This is why fresh, seasonal produce is such a staple of Israeli cuisine, both in vegetable salads and fruit salads. You’ll see Israelis munching into luscious red peppers as often as in apples. Freshly juiced green apples, carrots and almonds make a popular drink available at many refreshment kiosks in Jerusalem.

Israeli food is also influenced heavily by geography and so it has a marked Middle Eastern flavor. Pita bread is baked daily here as it is elsewhere in this part of the world. Tabouleh is as much an Israeli standard as a Lebanese one.

Israel is a Mediterranean country and it shows in popular foods like shawarma and the gyros sandwich. Arabic influences too abound, as you’ll taste in the many ways of preparing lamb shanks, and the ubiquitous hummus and tehina.

But Israeli food is also formed by Jewish history and bears the traces of every country in which Jews have made their homes in the Diaspora. The result: fusion Jewish cuisine of the highest order.

This medley of cross-cultural flavors has resulted in some dishes that are uniquely Israeli – for example, the falafel sandwich - while others are Israeli variants of Mediterranean standards, like the typical Israeli salad without which no meal is complete. 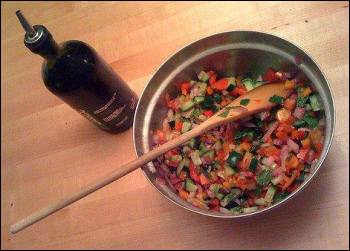 Yemenite Jews brought with them srug, a fiery blend of chilies and spices that comes in two colors – red and green. The green is due to chopped cilantro. Try it on your falafel, if you dare. (Not recommended for the faint of heart or stomach!) Moroccan specialties like Jewish variations of couscous also found their way into the mainstream Israeli food repertoire.

Then there are those peculiar Jerusalem delicacies that are the result of historical exigency – long years of near famine at the turn of the 19th century forced people to make do with what they had and create such odd concoctions as the jerusalem kugel (yerushalmi kugel), made in honor of weddings, bar mitzvahs and other celebrations - a peppery, caramelized noodle pudding, invariably served with half a sour pickle.

Israel cuisine has a sweet tooth, too. You can find every possible kind of halva, a sesame-seed based confection, and counters and counters of that perennial Jewish food - sweet, sticky rugelach. If these are too heavy for you, try a rose-water infused malabi pudding instead.

Or be truly Israeli and snack on sunflower seeds from a paper bag. 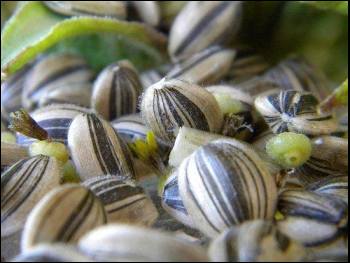 Whatever your culinary tastes, sweet or spicy, you’ll find much to delight in and explore.

Israeli Food for the Holidays

Some Israeli holiday foods are enjoyed every week, like chicken soup and matza balls, traditionally served at the Shabbat evening meal. In addition, every Israeli holiday has its own special foods – whether we're talking matzos at Passover or barbecued burgers on Yom Ha'atzmaut (Independence Day).

Feel like a little seasonal celebrating? Here a quick directory of what to eat when:

Hannukah is a celebration of lights and national salvation. It is also an unofficial celebration of olive oil, since the Hannukah miracle came about through the oil that would not burn out. To that end, Jews the world over have latkes – potato pancakes – on the holiday. In Israel, we add doughnuts as a treat special to the holiday. So for a traditional Jewish food for the holiday with an Israeli twist, try our Hannukah doughnut recipe.

Tu Bishvat – any and all fruits that grow on trees!

Shushan Purim is a time to dress up and deliver food treats to your friends, so there’s lots of cooking going on. Traditional favorites? Try our apricot hamantaschen recipe to enjoy these three-pointed pastries. And feel free to make them with prune, chocolate, date or poppy seed fillings, too.

Passover is marked by getting rid of all leaven for a week. Jews eat matza – unleavened bread – lots of delicious flourless cakes and tons of potatoes.

Shavuot is a harvest festival that we celebrate by eating dairy foods. It’s cheesecake extravaganza time!

Rosh Hashanah is the Jewish New Year and, in the hopes of a sweet new year, more honey is consumed in Israel at this time than during the entire year, in traditional Rosh Hashanah recipes for confections like our honey sweetened round challah or honey cakes, and with lots of pomegranates, which ripen in Israel just in time for this holiday.