Jerusalem of Gold
the most famous Jerusalem song

Jerusalem of Gold is the unofficial anthem of Israel and probably the most famous Jerusalem song. You'll hear it on the radio, at concerts, on street corners and around campfires.


It was written by Naomi Shemer in 1967 and the song’s history plays a big part in its emotional impact.

Naomi wrote Jerusalem of Gold – in Hebrew, Yerushalayim Shel Zahav – for the Israel Music Festival of 1967, which took place the day after Israel’s 19th Independence Day celebrations. The melody was inspired by a Basque lullaby, but the lyrics describe the Jewish people’s longing for the holy city of Jerusalem. 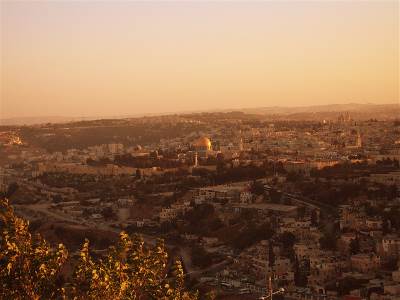 At the time, Jerusalem was torn apart by war. The Old City was entirely in Jordanian hands, and Jordanian soldiers walked Jerusalem’s ramparts, firing daily at the Israeli homes at the foot of the walls. So despite Israel’s independence, the longing for Jerusalem and its holy cites remained a painful dream for most Jews.

The song was first performed a few days before the music festival, when Naomi sang it for Israeli troops. Almost overnight, Jerusalem of Gold became the unofficial hymn of the Israel Defense Forces.

Three weeks after the debut of the song at the music festival, the Six Day war broke out. On June 7, IDF paratroopers liberated the Old City of Jerusalem and were the first Jews to approach the Western Wall – Judaism’s holiest place of worship – in 19 years. They prayed, they cried … they sang Yerushalayim Shel Zahav.

When Naomi Shemer heard the soldiers had sung her song at this historic moment, she wrote an additional verse, recalling the blasts of the shofar from the Temple Mount that heralded the liberation of Jerusalem.

Since then, many artists have recorded the song, in Hebrew as well as other languages. Artists who have performed Jerusalem of Gold include, among many others:

Ask any Israeli – we all have our favorite memories associated with this song. Mine is of an early summer evening I spent sitting under a tree on Mount Scopus with several other fellow students from Hebrew University, pretty much exactly where the photo at the beginning of this post was taken, and singing this song while someone played the guitar and the sun set over the Old City.

Because the song is so much part of the Israeli national psyche, the producers chose it for the movie Schindler’s List.

The song is featured at the end of Schindler’s List, as the music to which the remaining Jews leave the camp at the end of the war and walk over the hill to freedom.

If you saw the movie, this is probably the version you watched. (If you haven't seen the movie, watch it now!)

Israeli audiences were very disturbed by this.  For Israelis, it is indelibly tied to the Six Day War and  is totally unrelated to the Holocaust. Its use made the end of the movie a disconcerting, ridiculous anachronism that seemed silly, rather than triumphant. Audiences were so upset that after an initial flop, the movie was re-released in Israel with a different soundtrack that replaced the song with the Hanah Senesh song, Eli Eli.