Travel to Israel – Is It Safe?

Travel to Israel is safe at most times. Security, Israel ... You wouldn’t know from the news channels that these two words do go together, of course, so you might be wondering whether you should come or not.

While we in Jerusalem live our daily lives normally, we understand that many of you have some concerns about the safety of traveling to Israel at this time.

Our best recommendation is that if you are planning a trip to Israel in the next few days, we recommend you consult any travel advisories issued by your home government and make the decision which you are most comfortable with in your own heart.

"Pray for the peace of Jerusalem: those who love you will be serene. May there be peace within your walls, serenity within your palaces. For the sake of my brethren and my comrades, I shall speak of peace in your midst. For the sake of the house of Hashem, our G-d, I will request good for you." -- Psalm 122:6-9 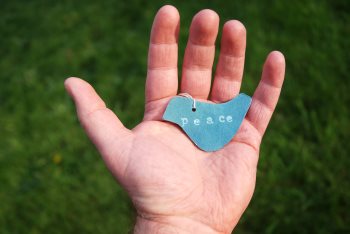 Many governments issue advisories for travelers to Israel, Gaza and the West Bank. Does this mean Israel is unsafe?

Jerusalem, was just voted one of the best cities for travelers in the world by a major travel magazine and, although there’s nowhere in the world that’s totally safe, Israel’s capital offers women travelers a level of safety and freedom no longer found in many other countries.

That said, here’s the scoop on safe travel to Israel.

Foreign government advisories often warn against travel to Gaza and the West Bank – but generally they do not discourage travel to Israel.

Security is tight in Israel: you will find security checkpoints in most public places. You’ll go through metal detectors at every mall, government building or train station. You’ll be asked to open your bags for a security check before entering most department stores or major restaurants.

At the Jerusalem Central Bus Station, your bags will be X-rayed as they would be in an airport. Every eating establishment will have a security guard. Israeli organized trips are accompanied by armed guards.

In short – unless you’re a Hollywood celebrity, you’ll never have been this well-guarded in all your life.

Many government advisories recommend you avoid public transportation. Personally, I think you miss out a lot of local color if you skip the public buses. If most Israeli commuters don’t think twice about hopping on a bus, I don’t see why I should.

If you’d rather take a cab, though, taxis are cheap and plentiful.

I also wouldn’t recommend venturing alone into the West Bank, because you don’t want to get lost in Palestinian controlled territory. If you’re with an organized group, it’s probably fine, but be alert. When people say they get stoned in the West Bank, they aren’t talking about drugs; they mean rocks.

Suspicious objects – chofetz chashud, in Hebrew – are a fact of Israeli life. Never leave your bag unattended anywhere in Israel. It won’t be stolen – it will be reported as a suspicious object and destroyed by the police bomb squad before you get back to it.

This happens more often than you’d think. The last time I was in the U.S. Consulate, the young woman waiting next to me was a tourist who had accidentally dropped one of her two bags while on a hike. By the time she realized it was missing and went back for it, her bag – and the travelers’ checks and passport in it – were toast.

Israelis and people who travel to Israel frequently are used to waiting through the occasional street closings or detours while the bomb squad detonates a suspicious object. Hence, “There was a chofetz chashud,” is a socially acceptable reason for being late to dinner.

Often the object is nothing more than a schoolbag or dropped parcel, but our motto is better safe than sorry.

Israel is exceptionally safe for women traveling alone, even at night. Of course, you have to use common sense precautions as you would anywhere.

In most Jerusalem neighborhoods, you’ll see young mothers strolling their babies at midnight without the slightest concern. I used to walk home alone from my night shift at 2 a.m. and the quiet streets, fragrant with honeysuckle, used to soothe my spirit.

However, this is not true for eastern Jerusalem. I wouldn’t recommend women walk there alone even in the day – go with a friend or two and take a cab rather than walk. Certainly, never walk alone there after dark.

By the way, a good resource for international travel safety tips is Travel Security and Safety, a website dedicated to helping you become a savvy, safe traveler.

If you're a woman traveling alone, you might also check out Backpacking Women on the Road. Written by women, for women, this is an independent travel site for solo women backpackers who want safe travel advice, innovative travel ideas, health information and money tips.


Jerusalem › Travel to Israel: Is it Safe?