As you approach the Western Wall in Jerusalem, you are coming upon the last remnant of second Temple, the most sacred site in Judaism.


When the Romans destroyed the second Temple in the year 70 CE and razed the city (and much of the country), one of the few things to remain was the Western Wall in Jerusalem.

Before you is a wide open plaza facing a high wall of stone. At any hour of the day or night you will find dozens, at times hundreds, of people praying here, their heads bowed against the aged stones worn smooth from centuries of hopes and sorrows. It isn’t unusual to see a bride in her gown and veil, with her whole joyous entourage of family and friends, stop here on the way to the wedding to pray, while not far away, another person may be sobbing their heart out over a personal tragedy. The gamut of deeply felt emotions here is enough to touch anyone.

An especially moving time to come here is late at night, when the wall seems to glow with quiet comfort. Around midnight, the book of psalms is recited aloud and a special peace seems to reign. But everyone has their favorite time – I know a busy mother of a large family who has been coming to the wall at 4:30 a.m. every morning for years. The thing is – when it comes to the western wall in Jerusalem - she isn’t all that unusual!

During the holidays of Passover and Sukkot, the priestly blessing recited at the wall draws thousands of people - be prepared for massive crowds if that's when you plan to visit. 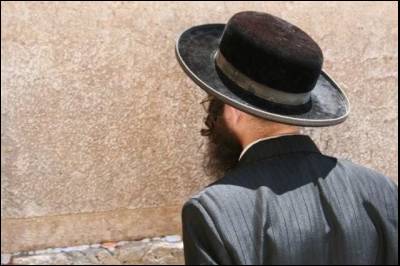 You’ll find tables piled with worn prayer books in many languages, but most people approach the wall and whisper their own words.

There is a custom to write down your prayer on a scrap of paper, fold it up as tiny as possible, and slip it between the cracks in the wall. Every so often the Rabbis in charge of the Wall collect the prayers to make room for more, and bury them. So don’t forget pen and paper when you come. (Click here for our free Western Wall Jerusalem prayer service: your personal prayer delivered for you at the Western Wall in Jerusalem.) 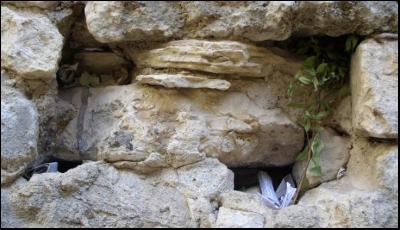 The 187 feet (57 meters) of the wall that you see is only a small part of the western restraining wall Herod built around the Temple mount. The western wall is actually 1600 feet (488 meters) long. There are a few more meters of it visible in the Ophel Archaeological Garden to the right of the plaza. The rest of the wall runs to the left of the plaza, hidden under the buildings of the Muslim quarter.

To see this part of the wall, you have to take a tour of the western wall tunnels, where you can walk along most of the rest of the wall.

There is also one more small section of the wall visible in a tiny alley deep in the Muslim quarter. This section is known as the Little Wall (Hakotel Hakatan in Hebrew). Prayer here can be a very different, intimate experience than it is at the Western Wall. 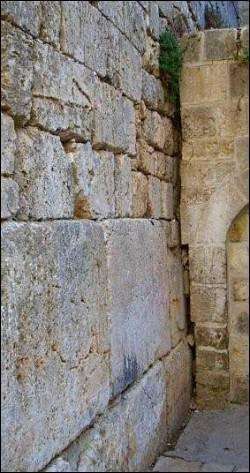 Why Is the Western Wall in Jerusalem Holy?

This is not a sacred site for Jews only. The Jewish temple in Jerusalem was a place of prayer for all. When King Solomon built the first Temple, he specifically asked God to answer the prayers of non-Jews at the Temple as well, (1-Kings 8:41-43), and the prophet Isaiah refers to it as “a house of prayer for all nations.” 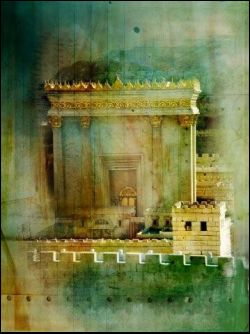 Photo by S. Wolf under image license agreement with SXC

Kabbala, Jewish mystic tradition, teaches that the prayers said by any one, all round the word, ascend to heaven from the western wall in Jerusalem. Jewish tradition tells us that when the Temple was destroyed, all the Gates of Heaven were shut, but one. The only gate to remain open: the Gate of Tears. So for thousands of years, people have come to pour out their hearts and their tears at this wall. This is why you’ll often hear it called the Wailing Wall in Jerusalem.

Customs at the Western Wall 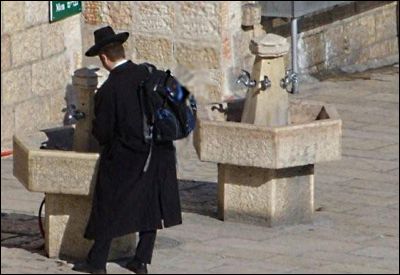 Decorum at the Western Wall 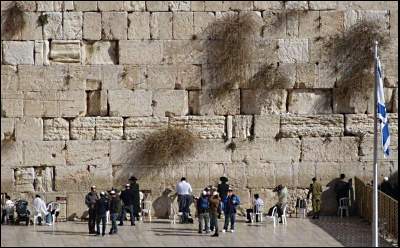 As you approach the western wall in Jerusalem, you are entering a holy place where proper respect is expected.