Nahlaot is a picturesque cluster of old neighborhoods in Jerusalem that give a glimpse into the day-to-day lives of Jerusalemites a hundred years ago. 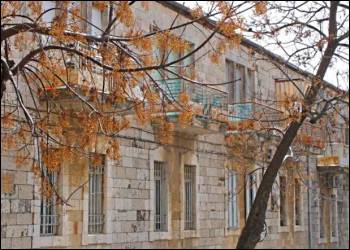 These were some of the earliest neighborhoods in Jerusalem to be established outside the Old City walls. The first one – Even Yisrael – went up in 1875; the last one – Zichron Yakov – was built in 1931. This cluster of 32 neighborhoods became known collectively as "the Homesteads" in Hebrew; the word nachlaot being the plural of nachala – homestead. (The first neighborhood built outside the city walls was Mishkenot Shaananim in 1860.) 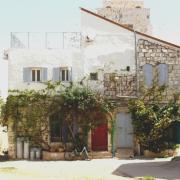 In the late 19th century, bandits and highwaymen plagued the land and living outside the city walls was quite dangerous. For this reason, most of the new "neighborhoods" consisted of one or two story buildings built in a square surrounding a central courtyard.

There would be a well in the center of the courtyard, and one entrance that would be locked at nightfall. There were few windows on the walls that faced out and these were very small, to prevent intruders, and barricaded at night. The apartments were tiny – one or two rooms – and in some neighborhoods were subsidized by charity funds.

Several of the neighborhoods – Mazkeret Moshe, Ohel Moshe – are named after Sir Moses Montefiore, who built founded them.

Life in the courtyards was very colorful, however – and still is. While gentrification is slowly taking over the area, you can still wander the tiny alleys and see people living much as they did 100 years ago: laundry hanging out to dry, children playing in the courtyards around the now-stoppered wells.

The residents here are some of the most varied in Jerusalem.  There are elderly people whose ancestors helped build the neighborhood.  There are university students who love the cool factor of this place, wealthy couples who renovate the historic homes to luxurious heights, young families from abroad, who like the warm community feel as well as the proximity to the Mahane Yeduah - the cheapest food shopping in the city.

These are the streets of mystics and artists – stroll around and you’ll also find lots of unexpected synagogues, eclectic little shops and even a stained glass workshop. With a little imagination, you can easily picture Jerusalem of yesteryear.

To get the most out of a visit to one of Jerusalem's most picturesque corners, consider a guided walking tour.

It will make the area come alive with the history and colorful legends of the people who lived - still live - in this island of the past.

If you've got a group of people, check out IsraelScaventure's amazing scavenger hunts -- one our most favorite Jerusalem activities.  It's hands-down one of the most educational and fun ways to visit this neighborhood!