Christmas in Israel is unlike anywhere else in the world. Christmas in the Holy Land offers a unique opportunity to focus on the spiritual meaning of the holiday. With few outward signs to create a holiday spirit, you’ll have to find Christmas inside of you, so it may be the most meaningful one you spend after all. 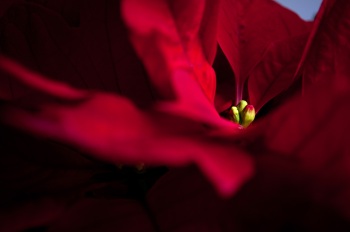 Perhaps because it comes three times a year here (no joke – see below!), this is a peak tourism time, when tens of thousands of pilgrims flock to the Holy Land. Many of them may be in for a surprise though, for despite the influx of pilgrims from abroad, the material and outwardly seasonal displays found in the rest of the world are conspicuously absent. People sometimes complain that they feel a lack of holiday spirit – no trees, no strings of lights, no carols on the radio. 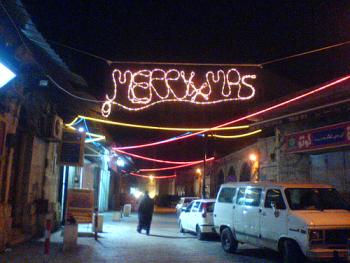 This is understandable, since it is probably the first time many of these visitors find themselves at Christmas in a country where Christians are a distinct minority. For much of the rest of Israel, this is a day like any other, unless it happens to coincide with the Jewish holiday of Chanukah or the Muslim holiday of Ramadan.

Religious opportunities to celebrate Christmas in Israel abound, since it comes here three times a year:

The Greek Orthodox, Syrian Orthodox, Coptic Orthodox and Romanian Orthodox churches, among others, celebrate Christmas on January 6, which coincides with the other denomination’s holiday of the Epiphany.

On each of these days, you’ll find a host of colorful processions winding their way through the alleys of the Old City.

In fact, Jerusalem's Old City, with the Holy Sepulcher, Golgotha and many other Christian places of worship, offers ample opportunities. The Christian and Armenian Quarters of the Old City are where you’ll find the most holiday spirit, partly because of the many colorful processions held by the different faiths.

In addition, many pilgrims choose these days to visit the Church of the Nativity and celebrate Christmas in Bethlehem. It's a trip best done with an organized tour, since it involves a border crossing. Contact the Jerusalem YMCA - they usually organize trips to Bethlehem at this time – and should be able to provide you with hours of various services and processions.

May you have an uplifting and meaningful holiday!﻿