The Montefiore Windmill is a cherished Jerusalem landmark.  As it towers gently over the Yemin Moshe neighborhood (named after Moses Montefiore), the windmill has become a beloved symbol of one of Jerusalem’s greatest benefactors.  The other alternative version would have been to see it as a symbol of failed good intentions.  Fortunately, this version has finally been put to rest.  Here’s why and how: 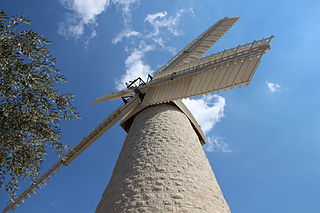 Sir Moses Montefiore intended to make flour more affordable and to provide jobs for the destitute Jewish community.   It seemed like a good idea at the time.  He imported the builders, craftsmen, the machinery and millers.

As the modern windmill, designed with the latest European technology, rose above the skyline, local Arab millers who controlled the overpriced flour market grew concerned.  They paid a well-known Muslim cleric to curse the enterprise.  As the story goes, the cleric cursed the building that it should collapse when the rains came.  Apparently, he knew not that the windmill had been designed by British architects who were used to a lot more rain than Jerusalem ever gets.  The rains came – and the windmill stood strong.

It did not, however, produce any flour.

It turned out the millstones were designed for European wheat and therefore could not crush the much harder wheat kernels of the Holy Land.  The millstones were replaced with heavier ones.  But now the windmill mechanism was not strong enough to turn the much heavier stones.

By the time all this was sorted out, steam-driven flour mills had arrived, so the project was abandoned.

Eventually, the windmill became a memorial to Montefiore, who did, in fact, benefit Jerusalem and its inhabitants greatly in many other ways. But now, through the dedicatoin of many people, including the Dutch group Christians for Israel, who worked hard to make it happen, the Montefiore windmill has been lovingly restored - not just to its former glory, but to a glory it never knew in the past: It can now mill flour.

Around the Montefiore Windmill: Mishkenot Shaananim and Yemin Moshe

The two areas around the windmill is known as Mishkenot Shaananim and Yemin Moshe -- "Moshe" after Moses Montefiore. (Moshe is the Hebrew version of Moses.) 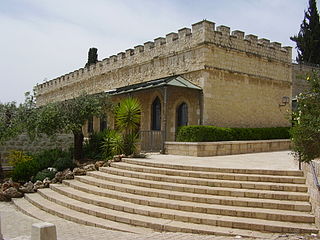 Mishkenot Shaananim was the first neighborhoods built outside the walls of the Old City. At the time, this was such an off-the-wall idea that, at first, no one would live there even if you paid them. And pay them, Montefiore did - although some of the first "paid-for tenants" would sneak back into the Old City at night.

Ironically, today, these two picturesque neighborhoods, replete with history, charm, an academic and musical center and lovely flowers, are so desirable, people will pay almost anything to live here. 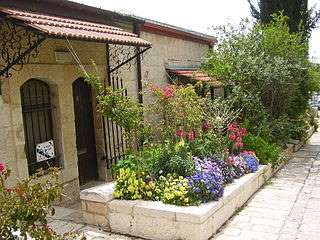 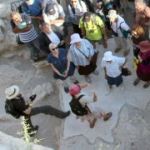 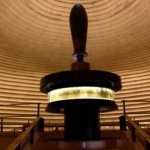